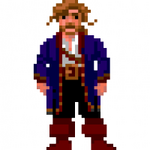 My name is Headrock, and Company of Heroes is by far my favourite RTS. I've played many, ever since Dune II, there were plenty of good ones and plenty of bad ones, but CoH beats them all by a mile.

I've joined this Wiki because I saw so much potential for it. There's a lot of information that still hasn't been filled in, and I figured I'd try to put some order into it all. So far I've completed re-writing all the articles regarding the British and Panzer Elite factions and their units. I've also created many templates that can be used by other editors to make the various pages more attractive.

It looks like I've started working on the American faction, which could be even harder than the previous two. But hey, 50% of the wiki is already re-done, so 50% more to go doesn't sound so bad. Please help if you can though.

For the record, I'm using the Corsix Mod Studio for collecting game data, and the awesome CheatMod for making all sorts of tests in-game. I've written several extra functions for the CheatMod to make it even more useful (especially for making really good staged screenshots). If you want to use the new functions, just ask me and I'll give you the link to the code - it's easy to install too.

Retrieved from "https://companyofheroes.fandom.com/wiki/User:Headrock?oldid=12624"
Community content is available under CC-BY-SA unless otherwise noted.