Start a Wiki
“The Operation Market Garden will soon be no more...”

Oosterbeek - Der Hexenkessel (German: The Witch's Cauldron) is the last mission for the Panzer Elite campaign.

Allied Polish Paratrooper reinforcements have dropped across the Rhine in Driel. They are making ready to cross the river. Kampfgruppe Lehr must prevent the commandos from linking up with the Airborne forces holed up in Oosterbeek.

The first task is to defend coast from atack of british commandoes. Player has all abilities from Luftwaffe Tactics, nonetheless can also take one of two other command trees, Scorched Earth and Tank Destroyers. It is better to chose Scorched Earth, beacuse Hummel SPG can be very helpful in the later part of the mission.

In order to realize first task, it is necessary to use butterfly bombs, wirbelwinds and nearby MG42 against commandoes. If one of the infantry squads manage to get into one of nearby buildings, it will instantly create a forward barracks with Machine Gun inside and it will be necessary to destroy it. Deploying Flakvierling cannons can be very effective way to keep situation under control, but they will be probably destroyed later by enemy artillery emplacements(3 on the other side of the destroyed bridge). Destruction of these is an additional task and it is necessary to get the Army Artillery Badge. This can be relatively easily achieved by using Hummel SPG.

In the south-eastern part of the map there is a lot of enemy units and emplacements from 1st airborne division. Enemy will sometimes attack from here in order to join with forces, which assault the beach. Their forces will be composed of commando squads, weapon teams and even churchill heavy tanks. Usage of Marders III and armored cars is recommended. Incendiary grenades and Mortar Halftracks can also be helpful against units in buildings.

Once the beach is secure, the final task is to a capture a victory point in the south-eastern part of the map. This is the last bastion of the enemy and this may not be so easy as expected. There is a lot of emplecements and weapon teams, enemies are hidden in buildings which also makes all a bit harder. Using artillery, incendiary grenades and mortar rounds helps a lot. With the capture of victory point, mission will end with success. 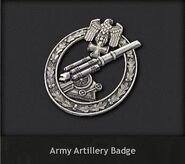 Retrieved from "https://companyofheroes.fandom.com/wiki/Oosterbeek-_Der_Hexenkessel?oldid=23996"
Community content is available under CC-BY-SA unless otherwise noted.